Here, we present the management of our company. 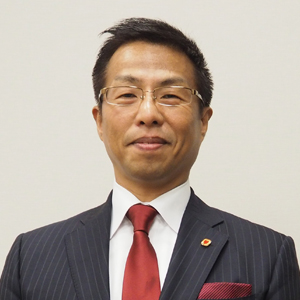 Kaneto Kanemoto worked at GK Kyoto, Daiwa K.K., and Isola Communications, Co., Ltd. before founding OKWAVE.
He became President and CEO in February 2000 and has held his current position Since September 2019.

We will continue to make our mission of “contributing to worldwide development and making physical and mental happiness a reality through creating places of mutual aid” a reality. I appreciate your continued support and guidance in the future. Thank you very much. 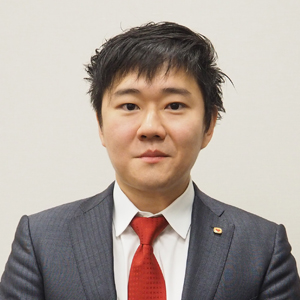 Since its foundation, OKWAVE has provided Q&A service based on a philosophy of communication and mutual aid that believes in human goodwill. Fusing our database of over 47 million bits of “gratitude”, a rare feat even on a global scale, with the latest technology such as AI, blockchain, and cyber security, and giving value to our off balance sheet assets, something that was not fully appreciated under conventional values, is an immediate milestone. The destination of IT as it aims for total efficiency is a spiritual world, and what embodies this noble spirituality is gratitude and respect. Those who are appreciated can enjoy a rich physical and spiritual life based on proper valuation. We will use our technology and financial engineering to make this a reality. OKWAVE aspires to serve as a life platform that coexists with the human race worldwide from birth to the winter of life, and I will work to improve our corporate value and contribute to society as partner to founder Kanemoto.

The simple yet powerful communication tool of Q&A creates mutual understanding not only between individual and individual, but between corporations and individuals as well as between corporation and corporation.
Looking at the bigger picture, Q&A is a treasure trove of discoveries and clues to expanding or improving business. We will draw out the maximum potential of Q&A and offer it in a form suited to your needs, so expect a lot from us in the future. 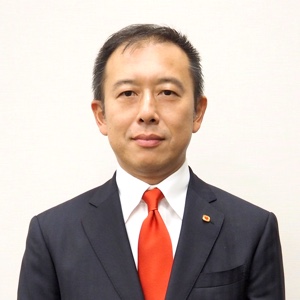 I would like to use the tools and expertise cultivated in managing OKWAVE to help enterprises using our services reduce costs and increase sales. I hope to convey the benefits our FAQ service to an increasing number of enterprises and have them experience these benefits for themselves.

Appointed in February 2000 after working at Yamada Osamitsu Accounting

My job is to make workflow in the management department smoother and create a company where it is comfortable to work. Nothing would bring me more pleasure than making the world a better place by expanding OKWAVE’s business.